Populists and nationalists are pleased with the outcome of the elections. We are not

Across the Atlantic, a man, who wishes to raise new walls everywhere, has won the elections.

Europe celebrates the anniversary of the fall of the Berlin Wall, a wall that has been dividing our continent for half a century. However, across the Atlantic, a man, who wishes to raise new walls everywhere, has won the elections. From trade to geographical borders. Regressive forces – from LePen to Farage and Kammenos – have been celebrating Trump’s victory. On the other hand, we have every reason to worry. The way in which he will handle the Greek issue is reflected in his belief that “the Greek issue is Germany’s business”. His beliefs over the climate change agreement, against the free trade and against migrants are not the solution, but the actual problem. It is time for all those, who believe in open societies, to join their forces and cooperate. It is time for European forces to overcome their selfishness and nationalism and talk about the real European Union, which will be able to tackle issues linked with globalization. Unless the warning sounds, the days to come will be dark.

Επόμενο "Reforms and Growth" ; An event organized in Brussels 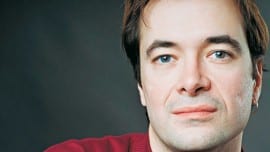 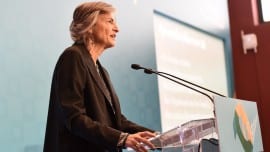 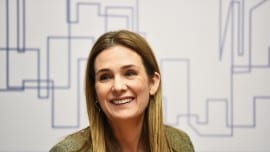 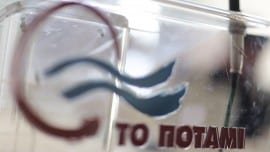