Greece must be a first-speed EU country, stated Romano Prodi, during his meeting with leader of To Potami Stavros Theodorakis. Yet, it needs to initiate this now.

Mr Prodi agreed that Greece must be listed among the strong countries of Europe, pointing out the need to focus on sectors related with the European integration, like defense, energy and, of course, the migration issue.

Romano Prodi also expressed his sincere hope that the situation will improve in Europe, following elections in France and Germany.

Mr Prodi expressed his certitude that Marine LePen will be defeated in the french elections, claiming that the pro-European Emmanuel Macron is able to rearrange the French-German axis.

Moreover, Mr Prodi stated that the rise of Martin Schulz will benefit Europe, as a whole, but, also, Southern countries specifically.

Mr Prodi and Mr Thedorakis agreed that certain Northern countries leaders sometimes act as if they want to punish Southern countries, considering that their past was "sinful".

Finally, Mr Prodi stressed the need for Europe, and especially Southern countries, to open up towards powerful allies, like China, pointing out that Italy and Greece must become the bridge that will unite the powerful Chinese economy with China. 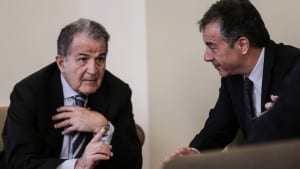 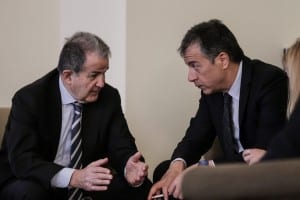 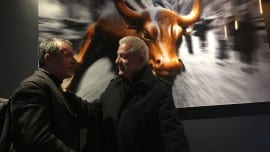