Nadia Murad Basee managed to escape! Ever since, she has been all over the world, spreading her message, so that everyone gets to know the crimes of jihadists.

"She is only 21 years old, but she looks older. For months, she has been detained by ISIS. One of those Yezidi girls, who were constantly being raped and tortured by “black soldiers”. According to the murderers, Sharia dictates killing infidel men and enslaving women and children.

In her little tablet, she showed me pictures of more enslaved girls, pictures that she managed to take herself. She showed me the place where ISIS killed and buried her village’s men. She also showed me the faces of old women that were murdered.

Yet, Nadia Murad Basee managed to escape! Ever since, she has been all over the world, spreading her message, so that everyone gets to know the crimes of jihadists. Before our meeting, she was in Piraeus. She met there four women, suffering from cancer, during her visit in the ports… tents. I promised her that we will do everything within our power, myself, as well as To Potami MP Kostas Mpargiotas, so that these four women can be transferred to hospital. We will do everything within our power so that they can stand on their feet, and then go to Northern Europe, where their families are. I also promised her that when I will be in Brussels, on Tuesday, I will be speaking to MEPs and Federica Mogherini, High Representative of the European Union for Foreign Affairs and Security Policy, on the genocide of Yezidi by ISIS".

Επόμενο Stavros Theodorakis: “The major needs of society are our priority” 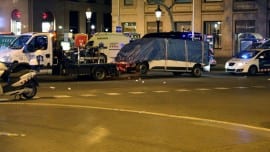 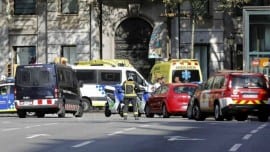 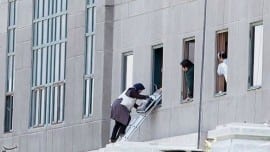